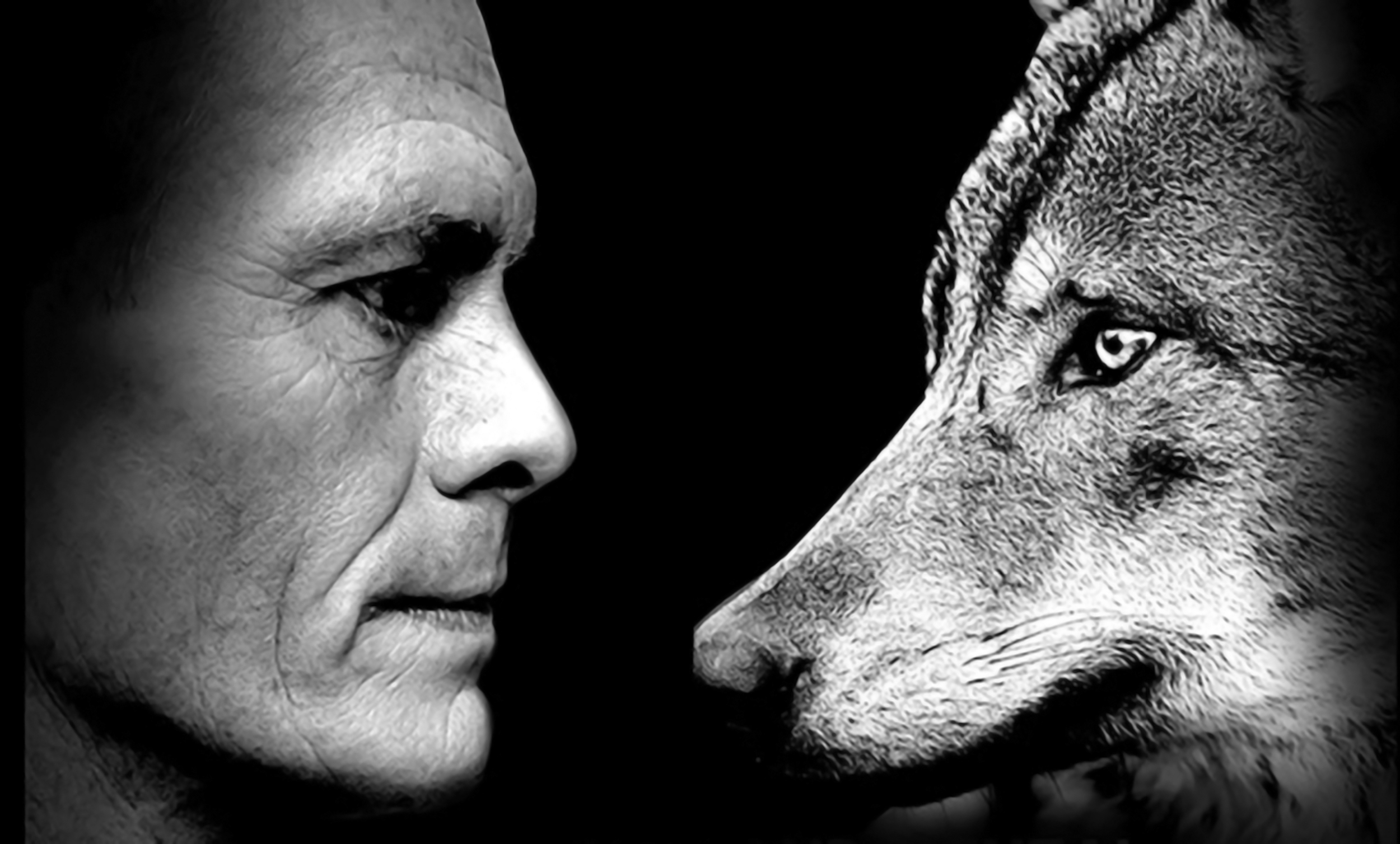 What does it take for your team to commit to serve at an elite level?

This is the question I learned to ask after meeting Mark Divine, retired Navy SEAL Commander, entrepreneur, and New York Times best-selling author of Unbeatable Mind in Anaheim at the October 2019 Scaling Up Summit. When speaking, Mark said this: Everyone must say to themselves, when facing conflict, “I must challenge the story I am telling myself.”

Not only did Mark’s quote help supercharge the message in my book, I became one of his Unbeatable Mind Certified Coach students!

I asked Mark what it takes to overcome the fear of engaging in productive conflict resolution by unpacking the wisdom from his new bestselling book, Staring Down the Wolf—7 Leadership Commitments That Forge Elite Teams.

I was a leader in the SEAL teams, and I found that the SEALs were very effective at building elite teams.

I was effective as well. And when I left the SEAL teams in active duty and went into the business world as an entrepreneur, I realized that it wasn’t anywhere near as simple as the SEALs made it look to build an elite team!

I struggled, time and again, through my multiple entrepreneurial ventures to do this until I finally figured it out.What I figured out is described in my book Staring Down the Wolf.

Elite teams who are firing on all cylinders and accomplishing great things together are committed to seven key principles: Courage, Trust, Respect, Growth, Excellence, Resiliency, and Alignment. All of these are present in an elite team, deeply committed to forge the character worthy of uncommon success.

What ensues from these practices? It is about the great authenticity and humility of the leader, not about the ego of the leader. Then the team responds in kind! The team feels the sense that “We’re in this together, rowing in the same direction, and our leader truly cares about us.”

The book is called Staring Down the Wolf for a reason. You’ve got to stare down the fear wolf to get to the courage role. This is a metaphor that the Native Americans would use to help their young leaders understand that fear is a debilitating factor. The fear wolf resides in the head, and the courage wolf resides in the heart. And the wolf that you feed the most is the one that’s going to dominate your behavior.

Yet in our society, we’re not taught to connect to our heart. We get stuck in our head thinking that leadership is all about strategy and tactics. But that’s where the fear wolf lies!

Neuroscience research discovered that we’re wired for negativity. We have five times as much negative mental processing and fear-looping going on in our head as we do positive. Positive comes from the heart. I use this metaphor to show that you can perform courageously. However, if you don’t work on staring down the fears that hold you back from courageous behavior, eventually you’re going to get tripped up.

Courage is the foundational commitment. Both the leader and the team must work on this every day, by increasing tolerance for risk and taking a stand around what’s important. Elite teams radically focus in on what’s most important and avoid the distractions of what’s not important.

The third commitment is respect. Respect is both a by-product of courage and trust, but it’s also a practice. Respect is about how you communicate and connect. It’s about having what Dr. Overmyer calls “In-the-Moment ConversationsTM” and risking engaging in productive conflict. What’s left unsaid is going to fester. Poor communication can grind an environment to a halt and really stultify performance. Respect is gleaned through absolute integrity; what you say, what you do, how you do it, and who you are all must be in alignment.

When a workplace culture is built upon courage, trust, and respect, then you can really open yourself to the fourth commitment: Growth. Look at the work environment as your primary mechanism for growth. And so, you could ask yourself, where do I go to grow? Well, you go to work to grow. I’m talking about vertical character development growth, not just skill development, which is what I consider more horizontal growth. The more you grow vertically, the more you are effective at delivering those horizontal skills. And then once you unlock that vertical growth, it starts to accelerate. But growth can’t happen if you don’t have the courage, trust, and respect to back it up. Those four commitments really have got to work to support each other.

Excellence is the fifth commitment.  Relentlessly pursue it in everything you do. Practice innovation, curiosity, and simplicity. Do that every day, because no plan survives contact with reality! The challenges are going to keep coming at you, sometimes faster and faster. Then you must start to develop resiliency, the sixth commitment.

Resiliency is when you fall seven times, get up each time, and put a smile on your face. Elite teams have all those qualities of the first five commitments, but the sixth commitment is what allows them to do this day in and day out. For scaling companies, it’s a long haul. Many lose motivation or get burnt out, injured, or sick. Elite teams don’t do this. They have a constant process of renewal because they just take it one day at a time, like a warrior. One dayÑone lifetime. Today is the opportunity to get it right and do things a little bit better. Take care of yourself, recover, and get a great night’s sleep! Then go at it again the next day.

The capstone commitment is alignment. Alignment requires a relentless, almost maniacal communication strategy. I call it battle communications. You need communication from the leader to the team on the vision and the mission. Always ask; “What does victory look like? What are the boundaries for behavior? What is off-limits?” There should be seven or 10 touch points a day with the whole team.

That has incredible power. When everyone is very clear about the vision of what they’re shooting for, and the mission and the boundaries are clear, then you get autonomous behavior. Elite teams don’t have to run something up the chain of command or wonder if they’re making the right call. They know that their action is going to be backed by the leadership because they’re an elite team and they’re committing to these seven principles every day.

*(Mark’s book could not come at a better time. One key objective of the book: how to “develop emotional control to remain calm, cool, and collected — regardless of what’s going on around you.”) 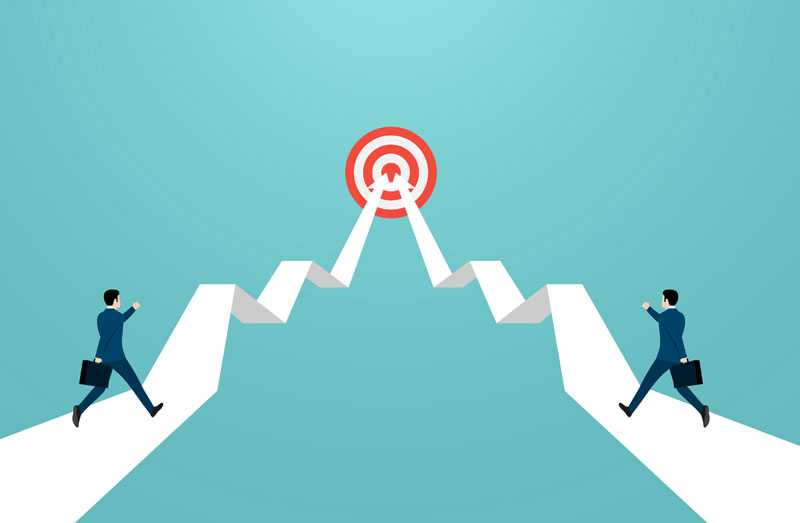 Will This Be the Year You Seriously Drive Up the Value of Your Company? 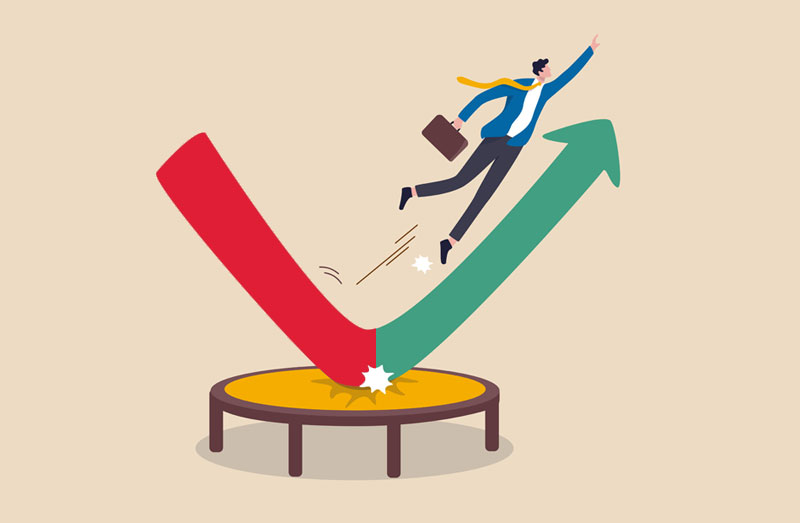 Build Resilience, Survive a Downturn, and Thrive in the Next Cycle 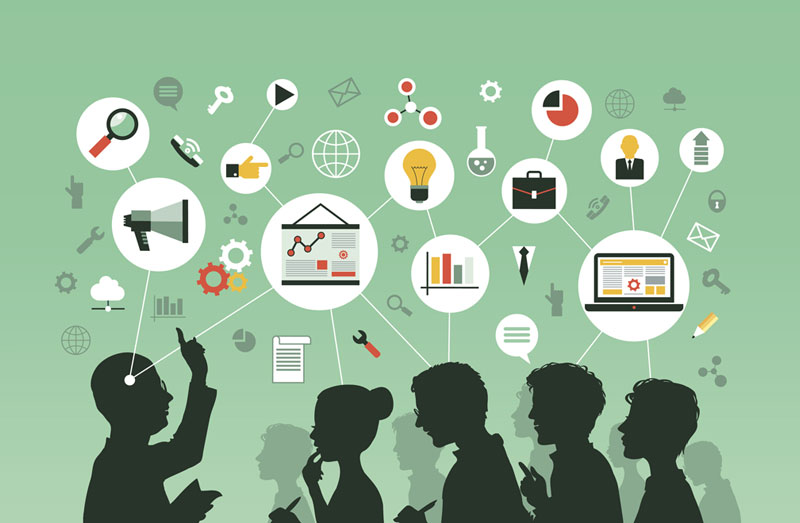 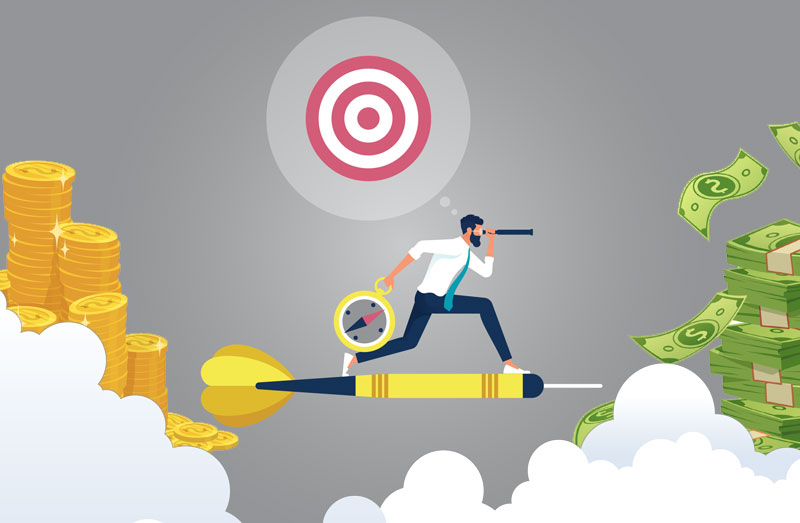 How a Cash Acceleration Strategy Can Help Your Business Soar! 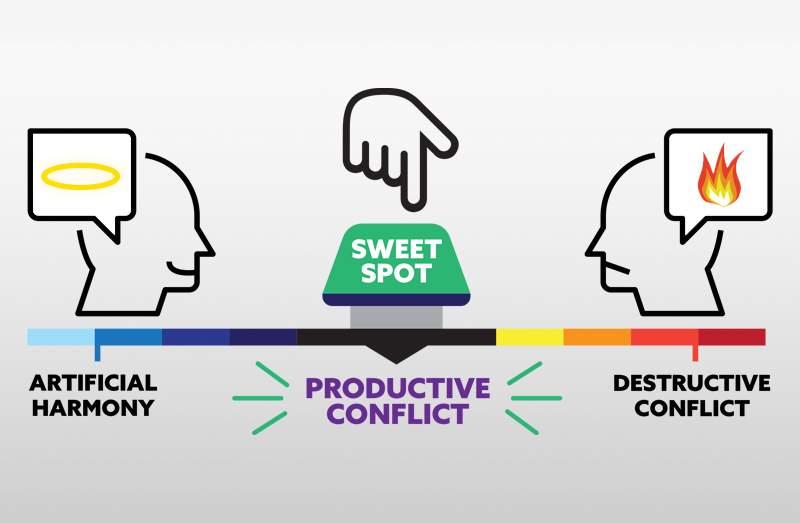 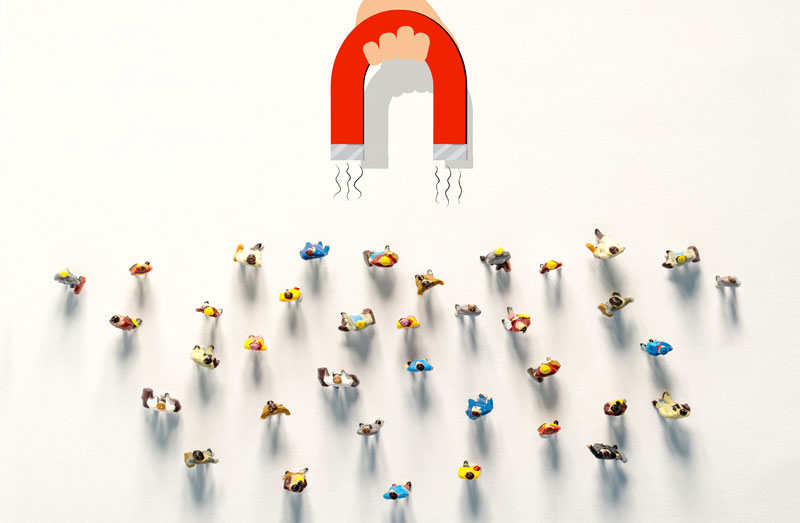 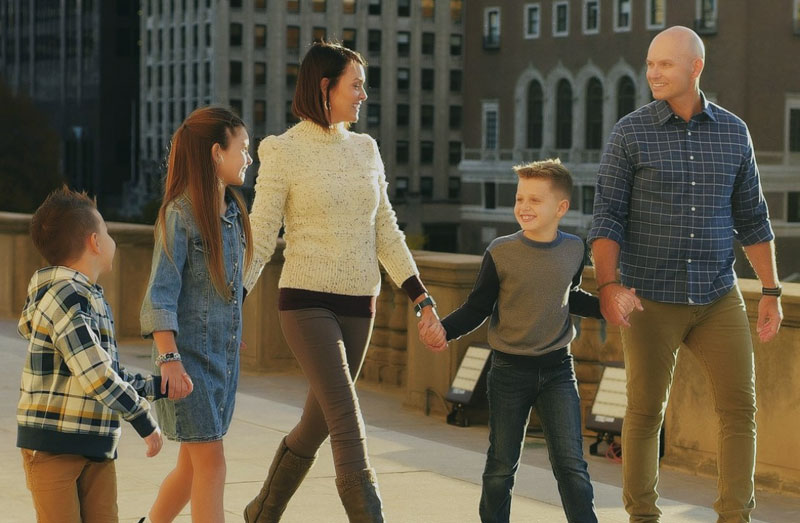 Scaling Up Your Business? Liberate Yourself from Day-to-Day Shackles First 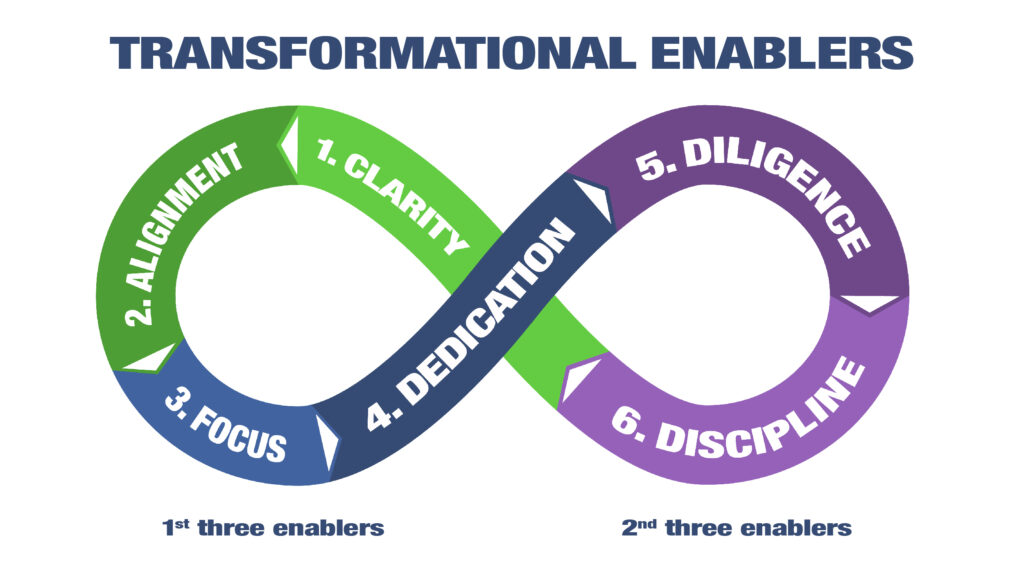 Transformational Enablers to the Rescue — Part 2 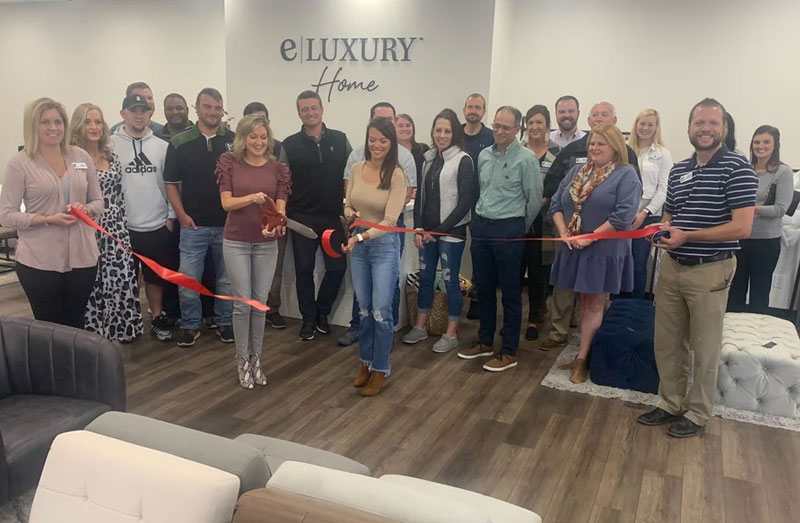 We’re excited to launch the Indy Metro and Detroit Metro / Southeast Michigan area Global 20,000 Scaleups Programs next year. You can your entire leadership team can join us to learn more about how to apply the Four Decision tools to grow your business faster and easier. Space is extremely limited and for more information, click below.

Building Cultures with Mindful Leadership at Every Level.